Worship, rest, and LOTS of organizing. Then more worship. That pretty much sums up the day. Oh, and tarantulas.

Tonight the pictures tell the story. It is hard to imagine how much stuff comes out of 34 duffel bags without some visual assistance. And to realize that all of the contents were donated (or, in the case of medicines, paid for by donated funds) is really humbling and encouraging for our team. To those of you who had a hand in that, they are so grateful to share your bounty with the people of Haiti. Every single thing will be used and appreciated! 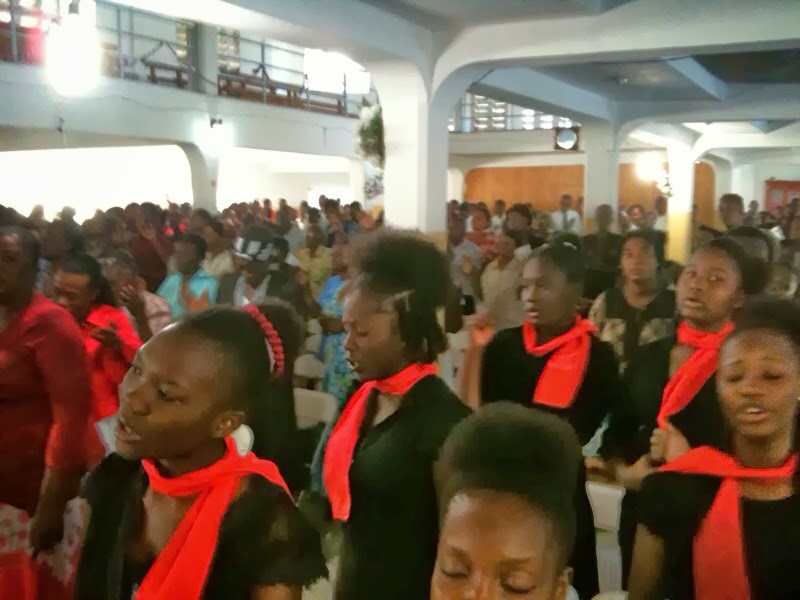 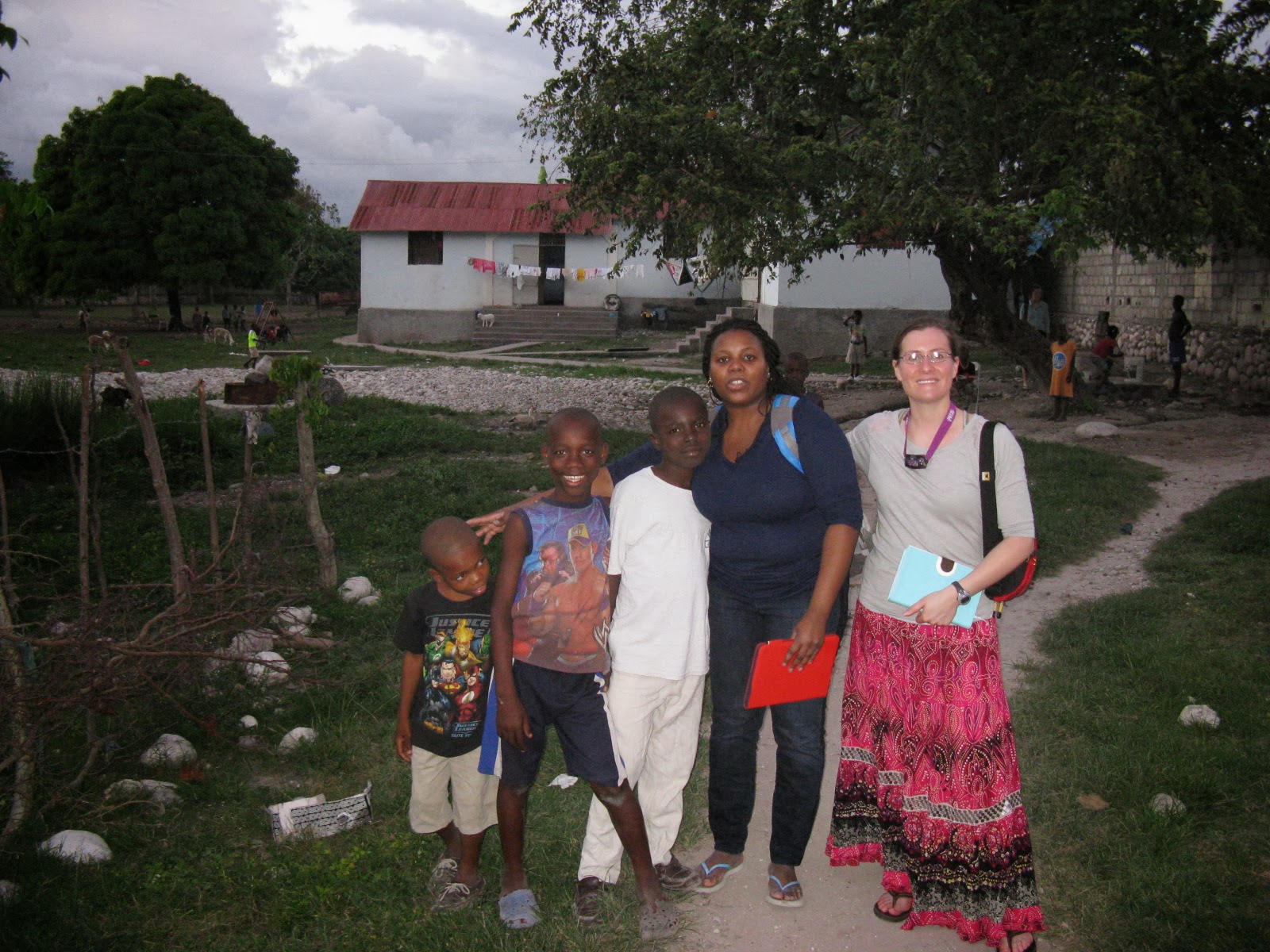 A big part of the mission is meeting as many medical needs as possible. To that end, a lot of care is given to buying the right medicines in the right amounts for each trip, based on several years of experience doing these trips on a twice yearly basis. And once the meds get there, they are organized (and then re-organized daily) into several  "go bags" instead of taking everything everywhere and rummaging around as needed. This allows the medical team to be the best stewards of their time as they can possibly be while seeing patients. An entire "pharmacy" is set up at each site, and the teams work like clockwork to dispense what's been prescribed by the docs.

A good bit of the bag space was taken up with clothes - shorts, shirts, dresses...and underwear. We take underwear for granted, but a lot of kids in the orphanages our teams visit have underwear because of our donors. Little ones are so proud of their first pair that they delight in showing them off! Older girls are receiving bras for the first time. Some teams take in shoes; it can vary from trip to trip. The goal is that each child seen by the medical team is given new clothes. 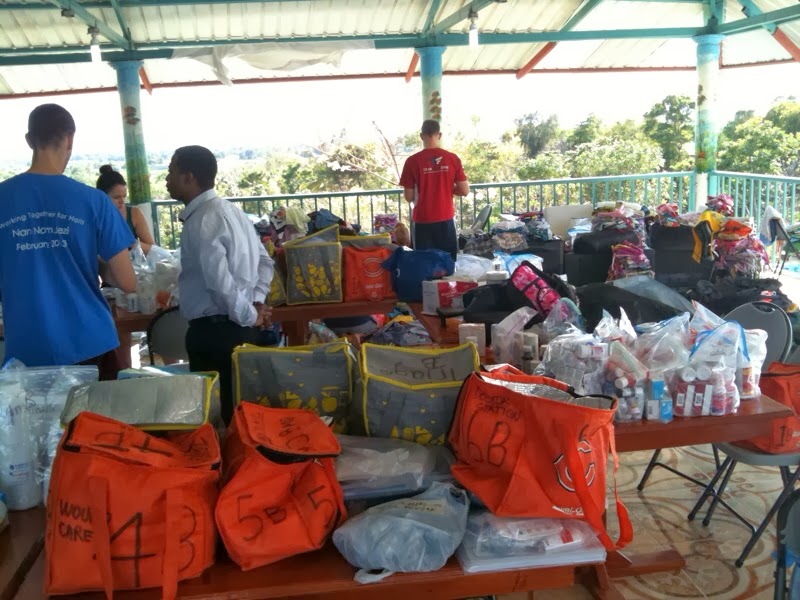 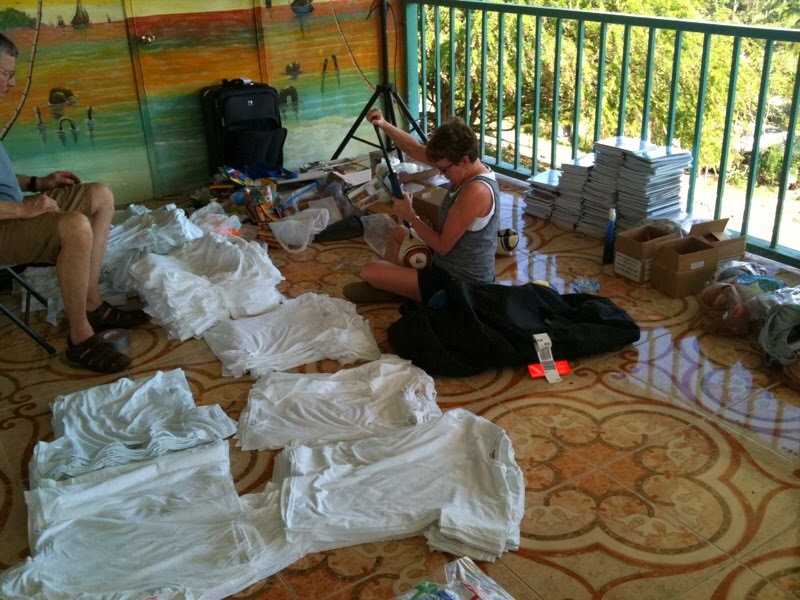 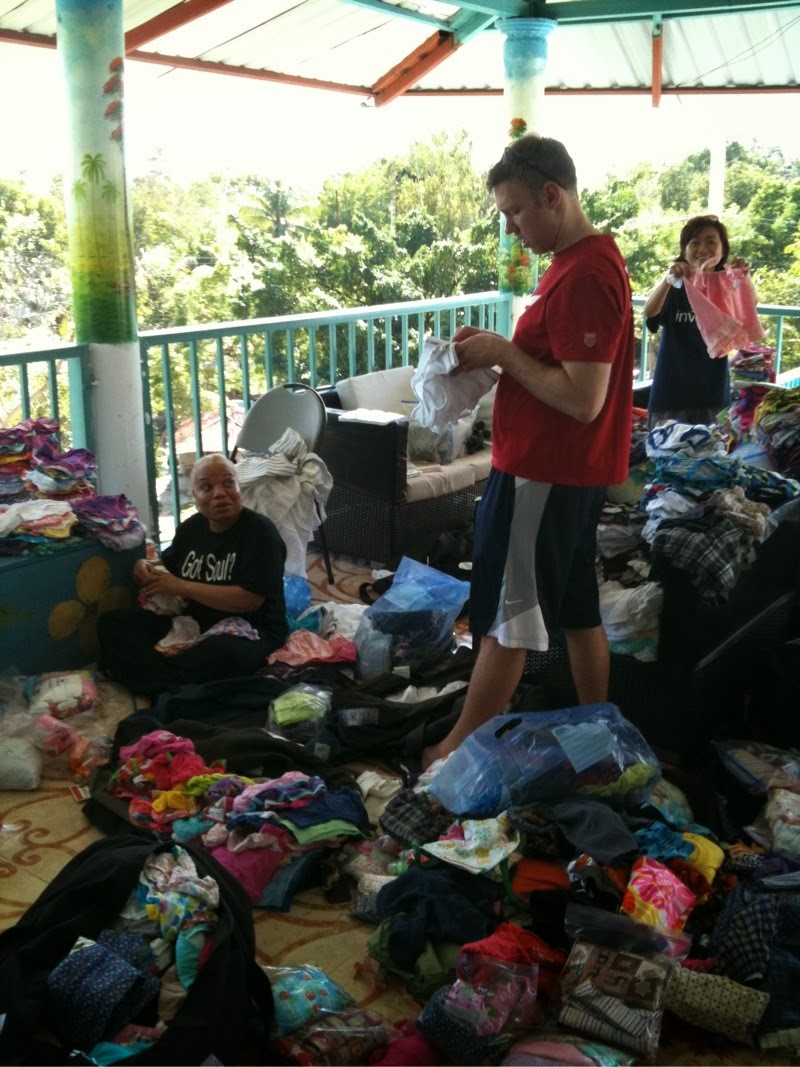 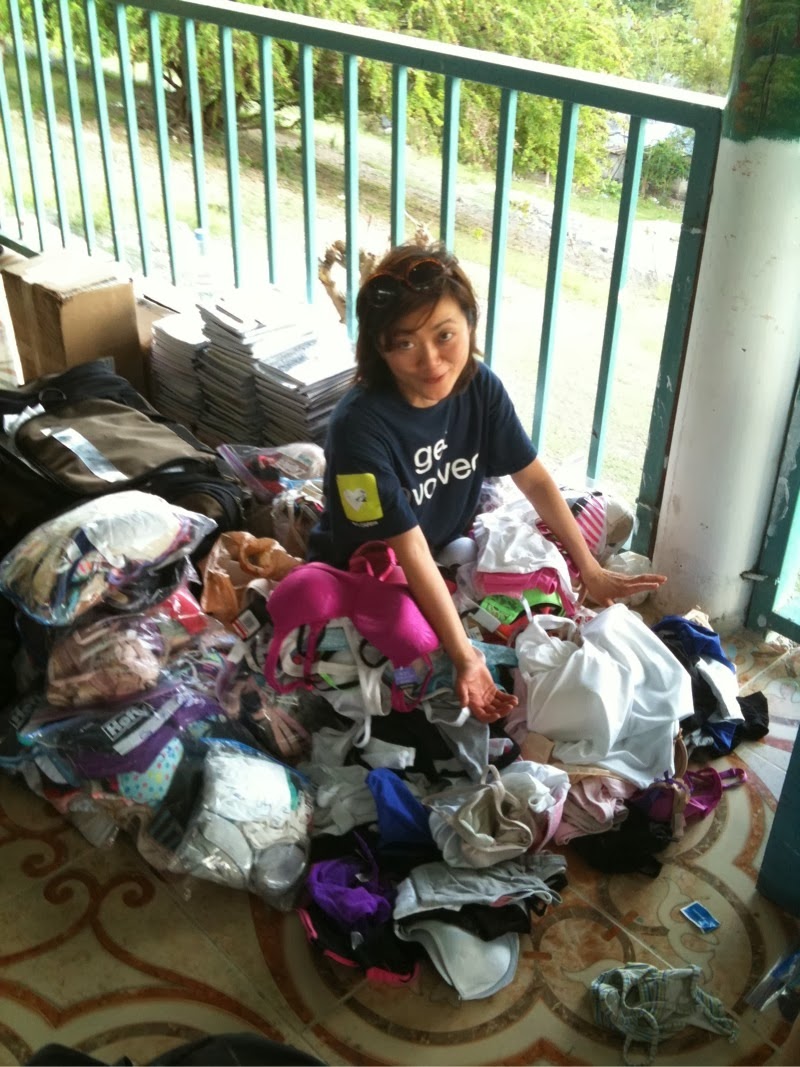 And then there are the crafts and small gifts - this time, journals that will be cherished possessions to draw in, to write in, to have a something of their very own. As an orphan, it is a powerful thing to have something of your very own. The crafts this team has prepared will also give them a personal gift - a T shirt they the children will get to decorate with markers/paints.

There were four worship services today, but only one or two of the team were at all four. Mostly the team was at the early worship at Bon Berger and the evening worship at Cambry. Here's a picture from this evening, a heartfelt, noisy, praise filled, "rockin' " three hour worship service. Electricity was spotty so some of it was in the pitch black, but no one missed a beat - things just kept going until the lights came back on. The other picture is of two of our team meeting up with a few kids on the way to worship.

Tomorrow the team goes to Cavillion, where many of the children sponsored by individuals in some of our Chicago and Las Vegas churches live. Besides the medical stations and the children's ministry, a big goal is to take individual pictures of each child, something our teams try to do on a regular basis for the sponsors. It's a lot harder than it sounds, as the children are often too small to reliably report their names, a lot of names sound the same, and just to make things interesting some kids have the name they are known by and a second name the government has given them. And children, being children, rarely stand where you ask them to for long and easily lose interest in the whole process so you can't really keep track of them too well. The team members on this detail have their work cut out for them!

Some prayer requests:
Oh - and the tarantulas? Sort of go with the territory in Haiti. Fortunately, they are (to most people) ugly and somewhat scary but are not really harmful. They seem to like to snuggle into the duffel bags, so the team learns early in the week to poke about carefully before reaching in.

Thanks for your prayers and being a part of this "team effort".
Posted by Chicago Metro Presbytery at 11:07 AM