Day 3
A good night's sleep in air conditioning did much to revive our team's energy and provide the fuel for a good day of worship and preparation today. And after that - some more time to relax.

The team joined the congregation in Cambry this morning for worship. Haitian worship services typically run two hours, with plenty of heartfelt singing, perhaps some dancing to the Lord in the aisles, and a sermon. Plans to attend a second worship service in Cayes were changed when the team heard of a rescheduling (the first of many, no doubt, this week!) of the service times to accommodate a special conference this weekend focusing on preparing young leaders. So instead of two services this morning, they'll be attending one this evening as part of that conference, at which the team leader, Ted, will be preaching.

This afternoon was dedicated to unpacking the duffels and re-organizing the contents for use this week. The team will be visiting at least two different places this week, perhaps three, so the goal today was to get ready for two days of ministry in Cavaillon on Monday and Tuesday. Restocking will take some time each night, but today was the big job! At the end of the week, whatever medical and clothing supplies are left over will stay at Cavaillon for the housemoms and medical staff to use for the children until the next team's visit. The water purification system parts and supplies brought this week will be used to repair and replace whatever might be needed in the locations the water team visits.

As they worked on the open air veranda, there was enough of a breeze to keep them comfortable in the 98 degree heat. Eventually a storm came through, which cooled the air at least for a while!

One of the visitors this afternoon from the orphanage at the bottom of the hill was Nicholson, who usually lives at Cavaillon, so he's well known to our repeating team members. Nicholson has albinism and is partially blind, both of which unfortunately mark him for teasing and bullying by the other children at the orphanage. In an effort to break that cycle of behavior, he's been at the Cambry orphanage this summer. But he's run into other troubles recently...he and another chlld fell of the back of a truck and both (apparently) have broken bones. The medical team got involved today, as his skin was badly scraped up and needed attention. They're working on a plan to have x rays done and get him on the right medications, but meanwhile they swathed him in neosporin and bandaged his arm.

A point of clarification...Alas, the cool water for showers mentioned earlier was incorrect. In fact, especially in the summer, the water coming out of the shower spigot is actually too hot! The shower water comes from large tanks that are on the roof of the compound and the stored water rises in temperature as the days get hotter. Sometimes it's actually scalding hot!

Please pray...
As always, the team appreciates your support and prayers as they begin their week of service in Haiti, in Jesus' name.

Some pictures from their day... 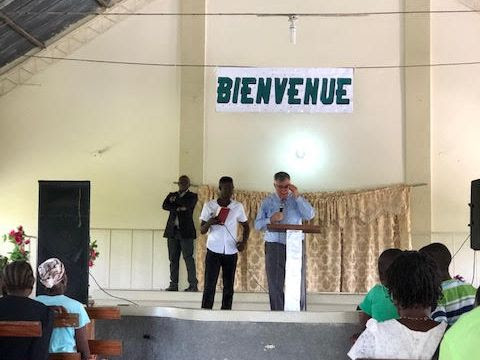 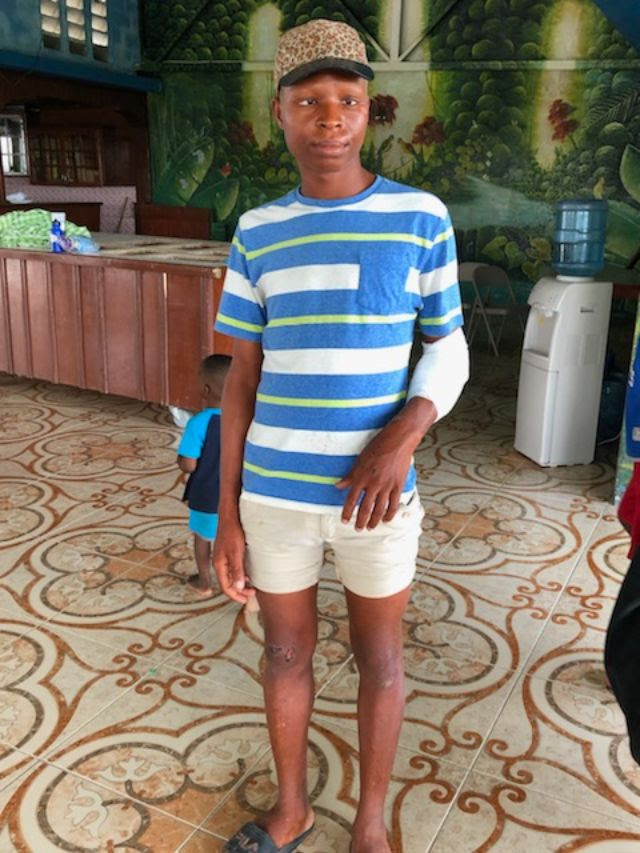 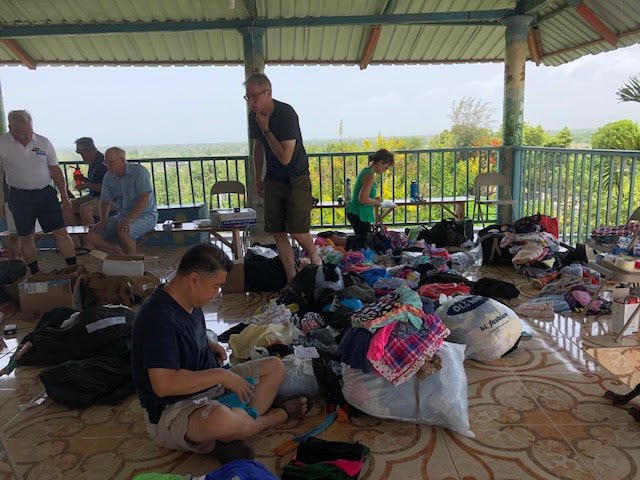 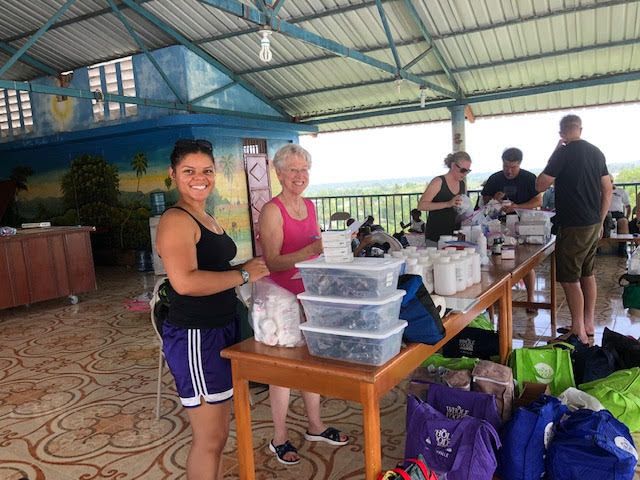 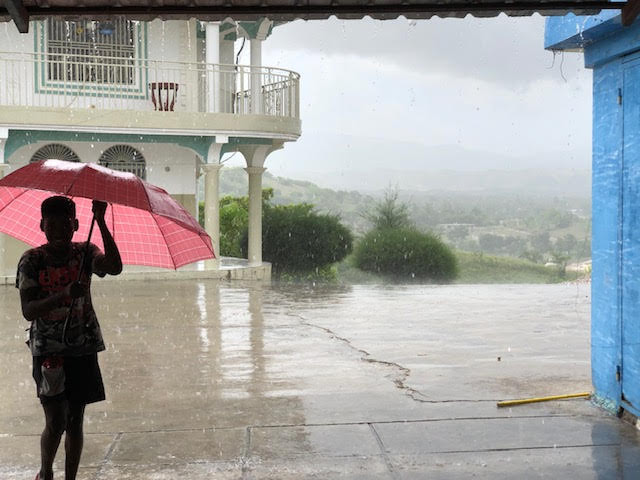 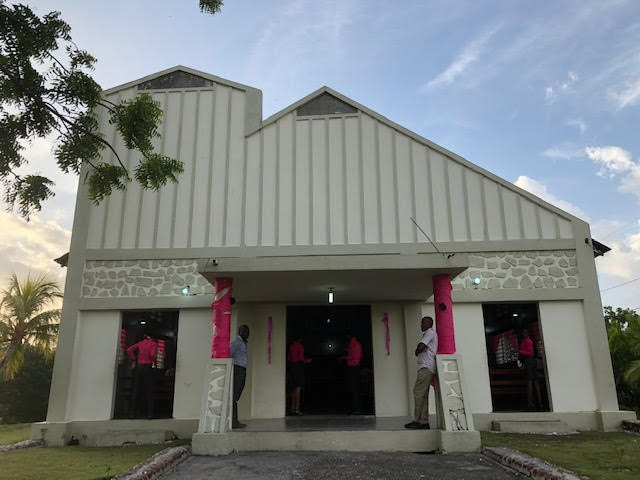 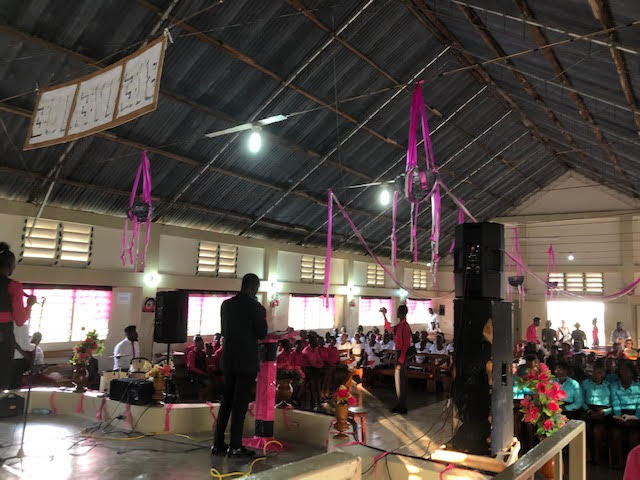 The youth conference at Good Shepherd 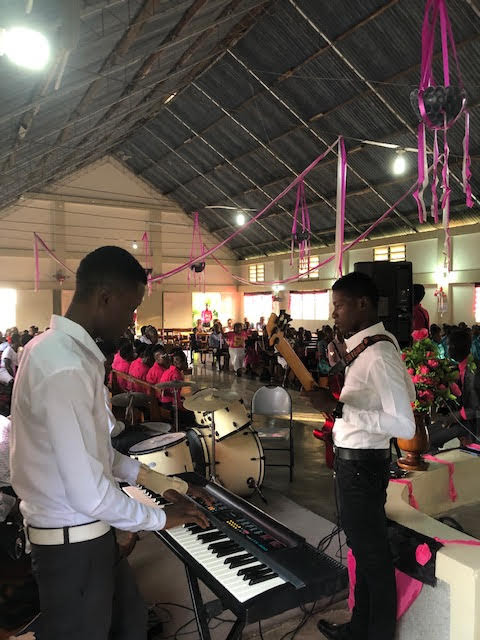