Day 2
After some flight delays and a short night's sleep in Miami, the team climbed aboard their first of three modes of today's transportation at 4:00 am EST this morning, a brief shuttle to the airport. Soon after, they boarded their second, the plane to Port au Prince, which was on time and provided a safe trip.

Customs was it's usual hurdle. Always slow (as it seems to be in many places around the world!), this time they also encountered agents who refused to recognize the validity of the official paperwork allowing the team to bring in thousands of dollars worth of medicine. Of course, the paperwork was valid, having been properly processed, signed by the right government officials, and hand delivered to the customs agent by an ESMI staff member as the team arrived. All of that to no avail without additional "surcharges", which are an unfortunate facet of ministry in Haiti. However, after some wasted time, frustrating conversations, and a cash transaction, the team left with all their belongings as well as all of the precious duffel bags full of medicines and other supplies.

The next conveyance was a coach bus, which took them out of Port au Prince and to the west. Getting to Cambry, their base of operations for the week, was an uneventful five and a half hour trip and their arrival was earlier than expected. Settling in, unpacking, and assembling for dinner together of goat, rice, beans, and plantain all preceded their first team meeting in the evening. With a short night's sleep and a long day of travel, all were grateful for an early night and some time to decompress.

Their accommodations for the week include dorm style bunkbeds separated into mens' and womens' quarters, with a few adequate although not lavish bathrooms and showers. The water is neither plentiful nor hot coming out of the showers, but after a long steamy day it is a welcome relief. The electricity (and therefore air conditioning) is provided by a generator, which is on only in the evenings. Given the tropical heat of summertime in Haiti, sleeping in air conditioning is not really a luxury, but more of a necessity to being refreshed for service the next day. Heatstroke and exhaustion are a real concern for our summer trip team members who have not had time to acclimate to the heat, and all are reminded to be careful about sun exposure and to drink more water than they would ever need at home. Bottled water, that is!

Tomorrow is a day of church (two services, if they prefer; one of the team members will be preaching at two different churches), duffel bag unpacking, sorting, and repacking for strategic use on Monday and Tuesday, and hopefully more good rest before a busy week begins. There's an evening service they can attend, as well. A contingent of children from the orphanage at the bottom of the hill usually also find a way to saunter up to greet the team, looking for familiar faces whom they delight to greet from visit to visit. And the returning team members are also delighted to see them, happy to see they're thriving and how they've grown. Communication takes some creativity, but everybody understands big smiles.

Please pray:
Team members who have been to Haiti in the past are quick to recognize the incredibly important role supporters play in their week. To those who provided funding or materials, we thank you. To those who pray as the week goes on, we are grateful for your partnership. Their ministry is significantly more fruitful because of the prayers of God's people!

And now, a few pictures to give you a glimpse into the day! 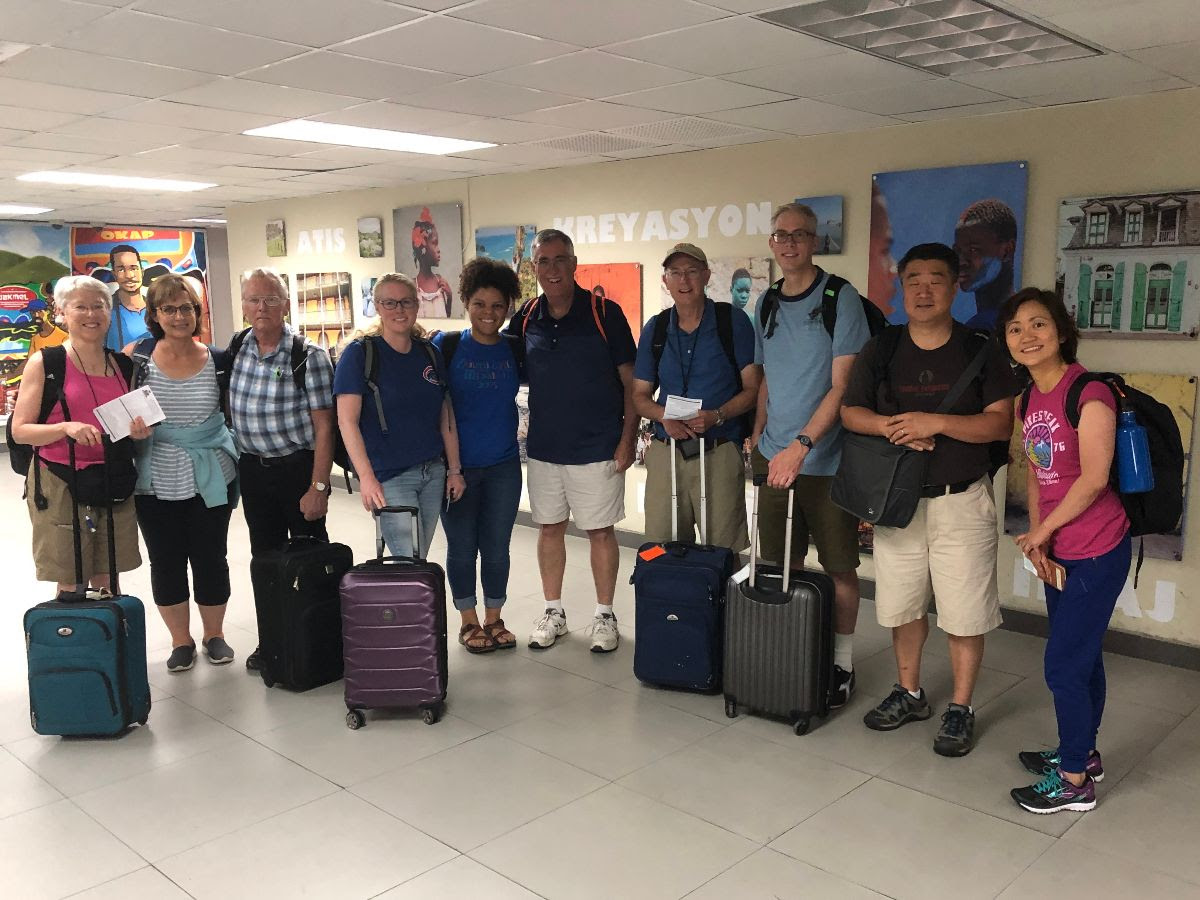 Our full team - from Chicago, Cincinnati, and California 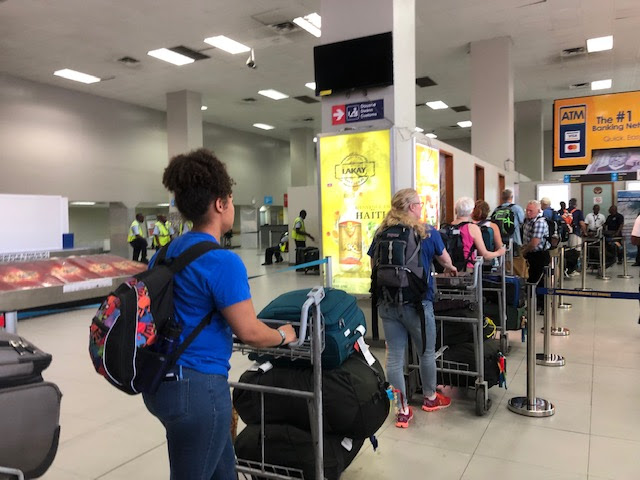 Moving through immigration and customs 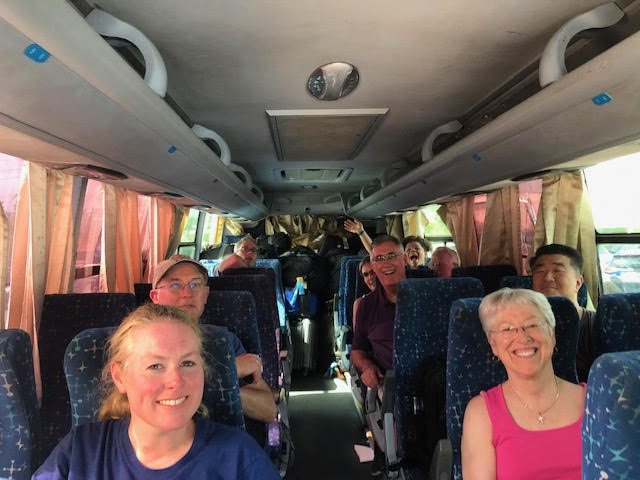 Making their way to Cambry on the coach bus. 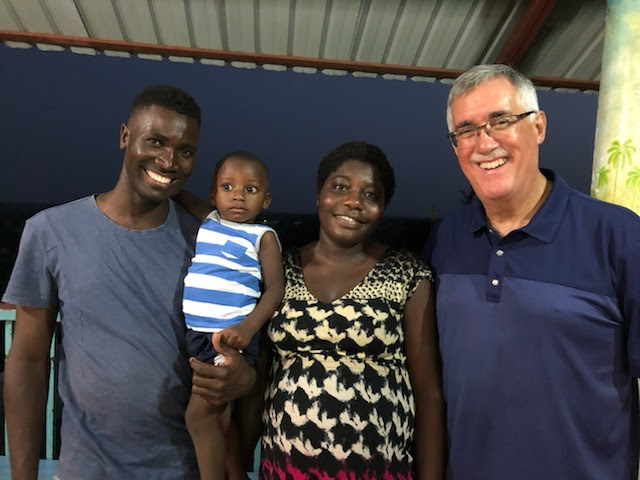 Visiting with ESMI staffer Ezekiel, a frequent translator for the team and community health worker - with his wife and baby

Thanks for your support!
Ann Powers
Chicago Friends of Haiti