Day 6
Our team proved their mettle today in a big way. This dedicated and focused group toughed out a rough bout of gastric issues (likely brought on by the time spent with the kids at Cavaillon who carry new and different germs than our North American team has been exposed to) to provide a wonderful day of ministry to the people in Savanne. Our medical team, which is not as large as some have been at Savanne, saw an amazing amount of patients today - 90 people. Logistically, it might have been the smoothest day ever at Savanne, greatly aided by a new security wall intended to protect the water system, but having the secondary effect of walling in much of the church where the team set up the clinic. It allowed a smooth and steady access to the team, but not an overwhelming crowd to control. It was great!

Some stories from today
Much good medical work was done today for some needy folks. The team prioritized the young, the pregnant moms, and the very sick. One of note was a 3 month old baby whose head was covered in abcesses. The team worked carefully to lance them to give the child some relief from pain, then carefully bandaged the baby up. Antibiotics were next, and a return visit tomorrow was planned. This is a perfect example of the kind of suffering a team like ours can relieve, but without them would have gone untreated.

The "guardian angel" of the team served alongside the team leader all day, barely letting him carry a bottle of water for himself. Jude was a patient several years ago, An active and powerful voudoo practitioner, all of Savanne knew him and were afraid of him for his power and his demeanor. Yet he listened to the gospel as the surgeon tried to remove a painful pin in his shoulder, which stemmed from a voudoo rite. To everyone's surprise and delight, he left that day a new believer as the spirit worked on his heart while the surgeon worked on his shoulder. Now he's a community and church leader. He rarely misses the team's visit, so he can serve them and the people of Savanne. Today, he brought his brother, Mosam, to meet the team. The brother, not a believer, was anxious to tell the team leader that he's been impressed with the changes he's seen in Jude and in the community because of the gospel and the ongoing support via the team's provision of medical, spiritual, and physical care including clean water. The gospel was shared with Mosam, as well. He listened intently.

Another familiar face from Savanne was there today. Her name is Vilia, and she first met one of our earliest teams who went to Savanne. A widow who was homeless with no way to support her children, some of the team members banded together to set her up with micro-loan so she could start her own business. This woman is an entrepreneur! She just needed some seed money to get started in a small shop selling a variety of things, including spices. It provided enough income for her and her children to have food and shelter. It was good to see her again, this time with her daughter and grandchildren.

And lastly, a woman walked up to the team leader today and asked "do you remember me?" He had to admit he didn't, but she reminded him that they met two years ago. She was a voudoo witch doctor. She resisted the gospel at that time, even though she readily admitted that "Jesus was the most powerful of all spirits". She was afraid to walk away from voudoo for fear it would cost her her life. Yet she never forgot what she was told and that the team had prayed for her. Eventually, she renounced her voudoo beliefs and became a Christian, and she wanted to tell them. As part of her new life, she now fosters four children whose parents have died, as well as having two of her own.

Another piece of good news from the day is that somehow the generator at the compound is holding together, so there was electricity all last night. The ESMI crew has been diligent to do their best, and it seems to be working. Given that half of the team was feeling under the weather, the discomfort factor last night would have been exponentially higher in the heat and pitch dark. No doubt the prayers of our supporters have played a big part. The team is grateful for ALL of the ways God is blessing them in this situation, which was looking so dire a few days ago.

The water team had an odd experience today upon arriving at Brevet to do some prep work/planning for a water installation in the future. They began their work, but were interrupted by someone coming out of the building (which everyone thought was empty) and were told to leave. Bemused, they did as they were told. The ESMI folks thought they were expected and all would proceed as planned, so more information is needed before proceeding with THAT plan!

Tomorrow, the team goes back to Savanne, likely with the water team attaching themselves to the medical team as their work there is done. Friday's plan is yet to be determined.

Pictures from today will help tell the story of how God is using our team to write the gospel on the hearts of the people here.

And we would be remiss not to say "happy birthday" to team member, Jen, a PA from Chicago. The team is delighted she chose to spend her birthday with them in this week of ministry. That's a cake of oreos and skittles, in case you're wondering, in the picture below. Creativity abounds on this team!

Please pray with and for the team: 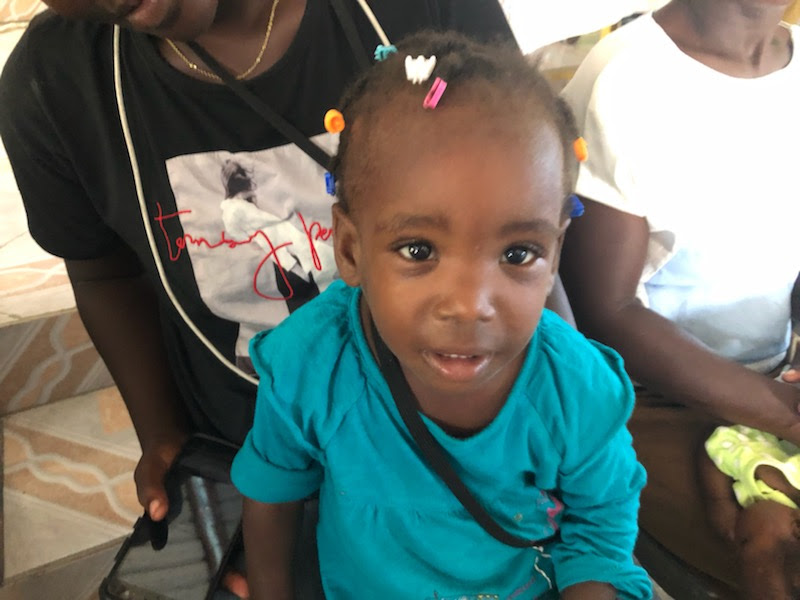 Some patients from Savanne 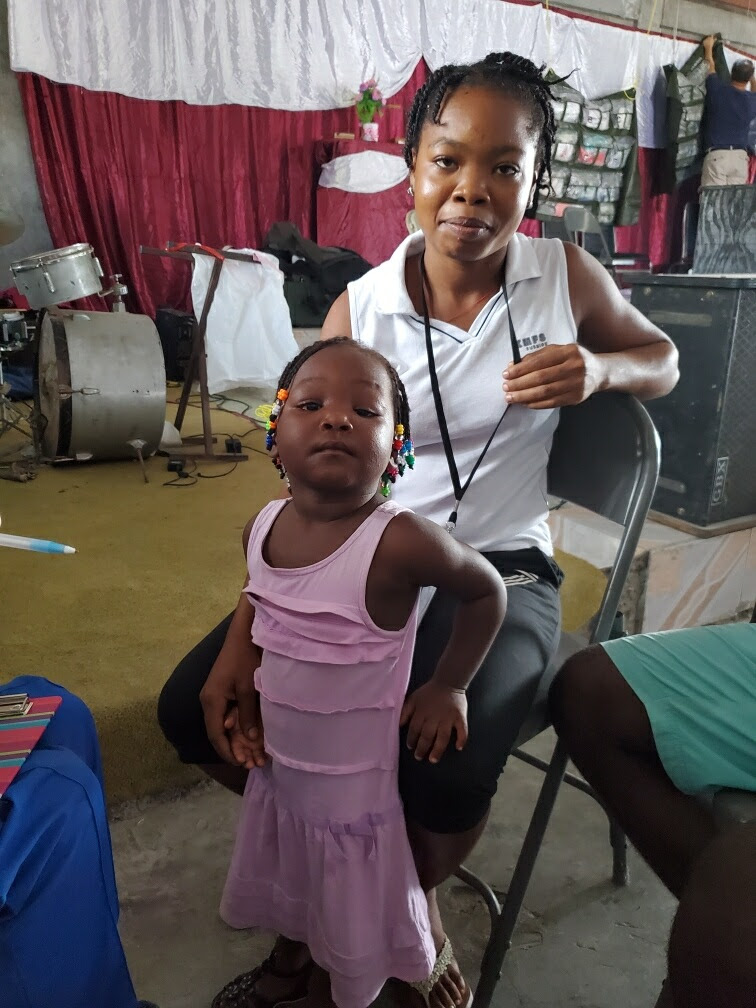 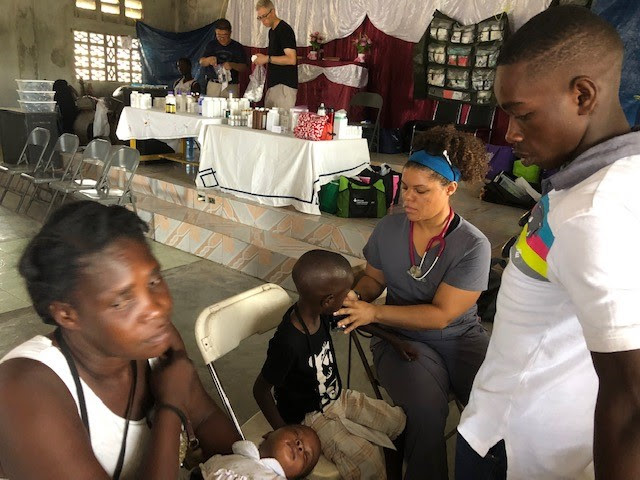 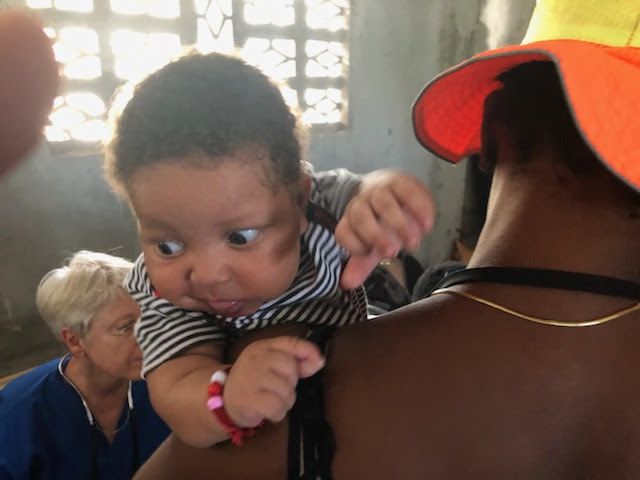 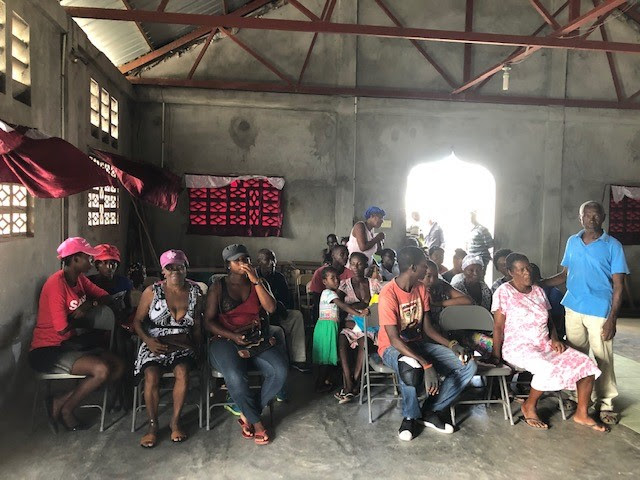 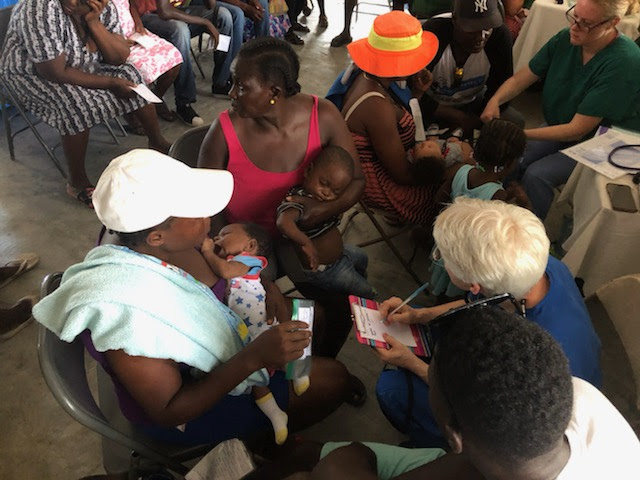 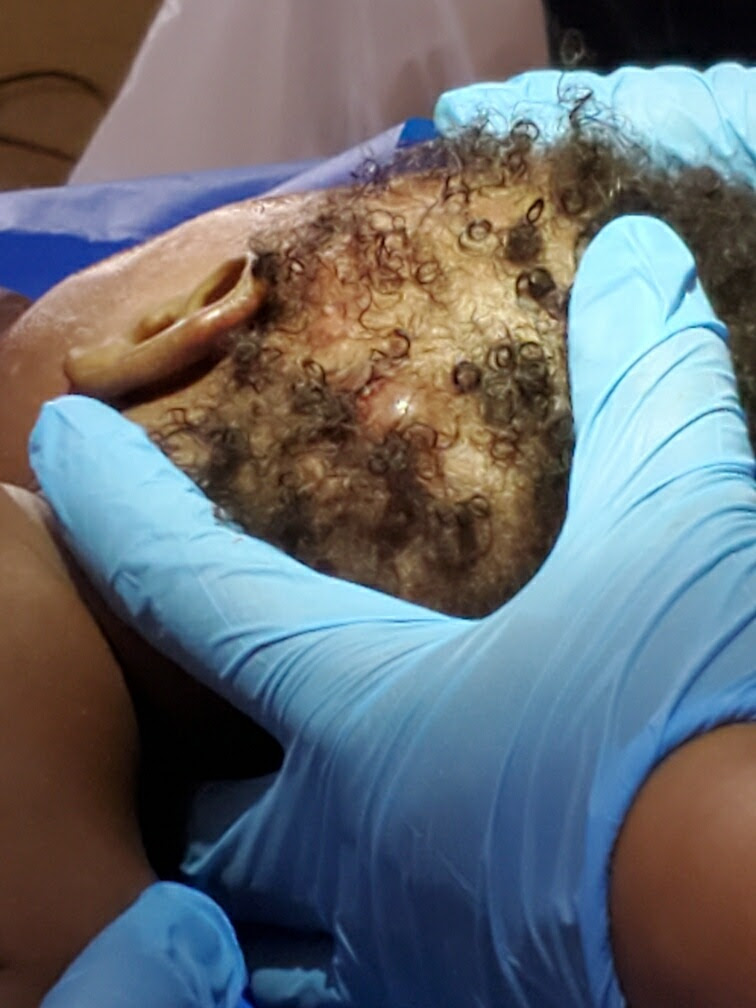 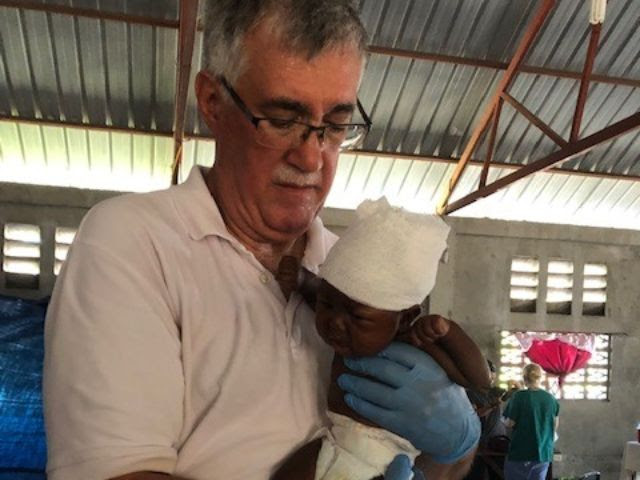 Before and after - the little one with abcesses on the head 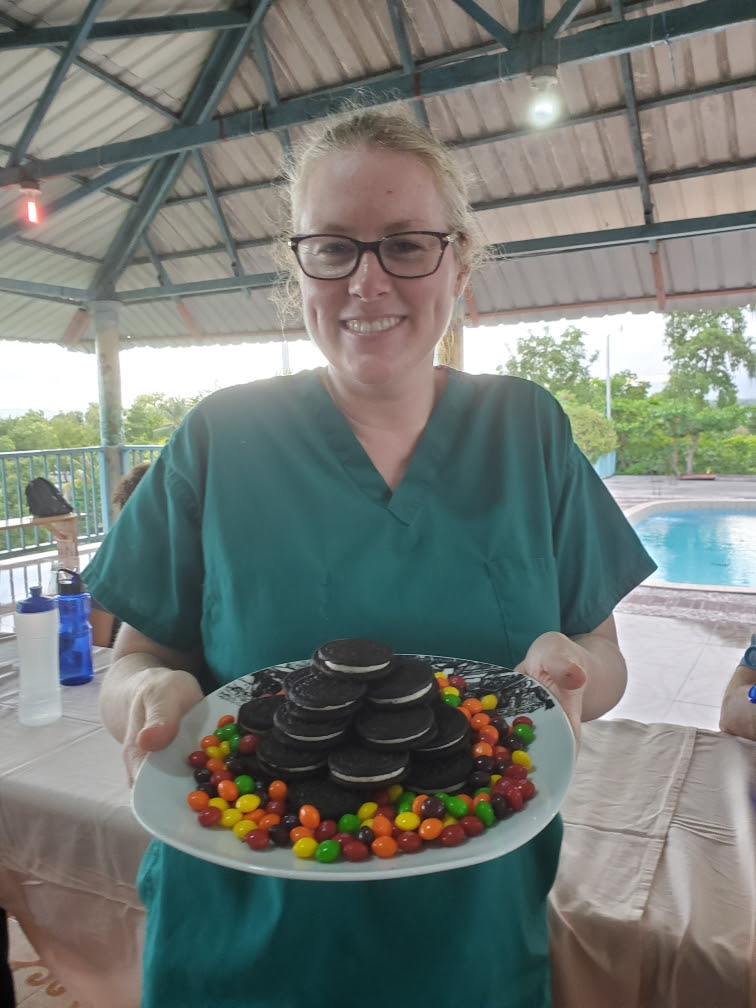 A celebration to end the day - Happy birthday, Jen!