After an unexpected delay at customs, which clearly underscored the need for flexibility when doing anything in Haiti, the team got on their way to Les Cayes about 12:30 Eastern time. The five and a half hour bus trip was long but uneventful, and they were grateful to arrive at their home for the week in Les Cayes. Their host, ESMI co-founder Louis St. Germain, is well known to “repeaters” and will provide a safe and welcoming place for them. Their typical home base, the guest house at Cambry, is in use this week by another large team who spends all their time at Cambry, whereas our team will travel each day to other locations. Some pictures of their home away from home are attached, as well as some of the team. Also included: some pictures of the work of our "satellite team member", Sean, teaching pastors in Jeremie. 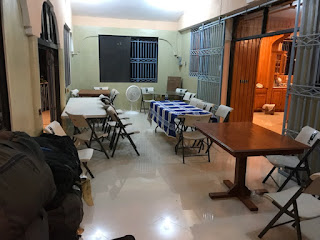 The Cayes team's goal tonight: eat, meet as a team, settle in, shower, and get to bed. Tomorrow will be a long day!

After church at Bon Berger in Cayes (some will go to more than one service) the team will tackle huge task of sorting 65 duffel bags each stuffed with 50 pounds of medicine, clothes, and other supplies for use all week. It’s hard to imagine how much stuff that is! As the week goes on, things will be re-sorted for transport each day as needed. The contents of those bags truly is a huge part of their visit and contribution to the people of Haiti, and it was all donated or paid for by donated funds. If you had a part in that, the team thanks you for your generosity! 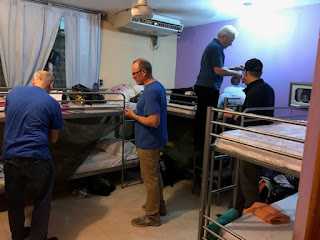 The schedule calls for two days at Cavaillon on Monday and Tuesday. This location, which houses a school and an orphanage, has been “adopted” by a consortium of individuals and churches mostly in Chicagoland. Donors cover the entire cost of their food, lodging, schooling, and housemom care. It was hard hit by the hurricane in October 2016 and has been substantially rebuilt and stabilized against hurricane force winds from the ground up. Improvements were already underway there prior to that devastation, and the team is eager to see the completed compound - and the kids! Doctors will check each one out (there are about 85 kids living there), chart their progress, and work with housemoms where ongoing treatment is needed. All will get vitamins and deworming medicine at the very least. And new clothes! The team also brought new sheets for each bunk bed. The kids will be excited! 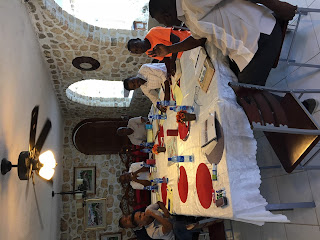 Praise God for safe travel today. Praise God for the safe delivery of the bags filled with supplies, and that they left customs with all of them. 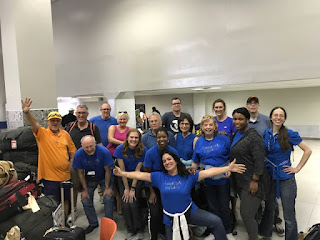 Please pray:
Thank you for praying! Your contribution to the work of this team is immense, and they appreciate it very much. 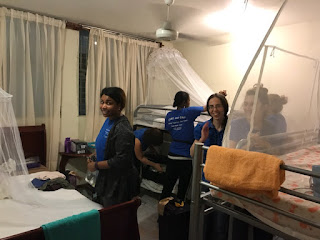