It was a good day in Cambry. And Cayes. And Savanne.

The day was spent in worship, chatting with kids, organizing mounds of supplies, and finally, a chance to rest.

The team worshipped and Bon Berger in Cayes, and then went along to the church service in the neighborhood of Savanne, where they mingled with church folks for a while afterward. Then most went for breakfast back at the Guest House while our team's preacher gave a message for the third time at Cambry.

A mandatory rest period followed all of that, and at 3:00, the team regrouped to tackle the contents of all those duffels. In three hours, it was all organized and ready to be used day by day in ministry wherever they go. Great teamwork!

The day wound down with a special concert at Cambry provided by the musicians from the church in Cayes, Bon Berger (Good Shepherd.) The music was very good and the program included a wide variety of music. Most of our team had at least one child per lap for the entire 3 hour concert.

The medical team has treated their first patient, as well. Daniel was dropped off at Cambry by government officials not long ago and was apparently not well at that time. They were told he is 6 years old, but only weighs 20-25 pounds. There may be other neurological issues, as well.Our team immediately began antibiotics and ibuprofen for what they believe is an infection with fever, but they were told he has neither eaten nor had anything to drink for days. He is quite weak and lethargic, although he seems to be able to tune into the voice of one of our team members - he makes an effort to follow her voice. The team prayed over him and will continue to visit him daily and provide more meds. Currently he can only take in liquids in small amounts through a dropper. The medical folks are not confident that he will make a recovery at this point.

Tomorrow will see the team going to Cavillon, about 30-40 minutes away by school bus. This location recently absorbed most of the children who were moved from Charette. Despite best efforts at engineering a change in the course of the river running nearby, that location was deemed unsafe for the orphans living there due to the flooding that occurs swiftly in severe weather. Many of the children are sponsored by people in Chicago and Las Vegas churches represented by this team (as well as one in Florida) and they are eager to check up on the children.

First order of business there is the routine scabies wash (scabies is a skin parasite that is not dangerous, but spreads quickly and comes with a maddening itch, often leading to secondary skin infections), which is done by every visiting medical team. Then a visit with the docs, new clothes, and some play time including decorating T shirts that will be theirs to keep. The team is looking forward to some time with them. They are also hoping to return on Tuesday.

A note about yesterday's water issue - a leak in the cistern was fixed today. Hopefully no more water shortages!

Please pray:
Thanks for supporting the team! They greatly appreciate your prayers. 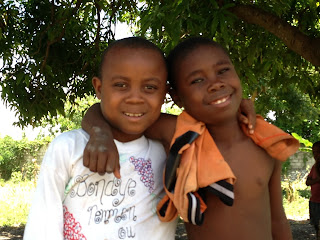 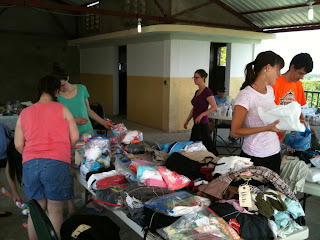 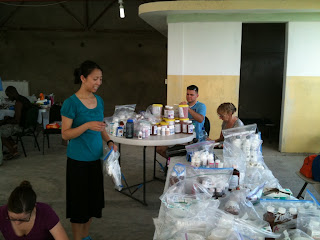 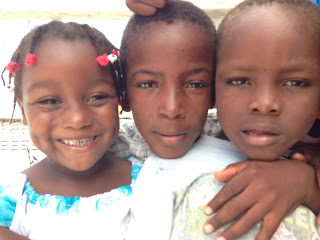 Posted by Chicago Metro Presbytery at 4:41 AM