Thank you for your prayers for safe travel and a smooth trip through customs at the Port au Prince airport.

The team had a long day but a safe and uneventful one. The plane was only a few minutes late in arriving, and all the bags and their contents made it through customs without additional expense. The trip by bus to the guest house at Cambry, outside of Les Cayes, was long but uneventful, and after a dinner and some settling in, they are heading for bed. Truly a blessedly smooth day of transition. 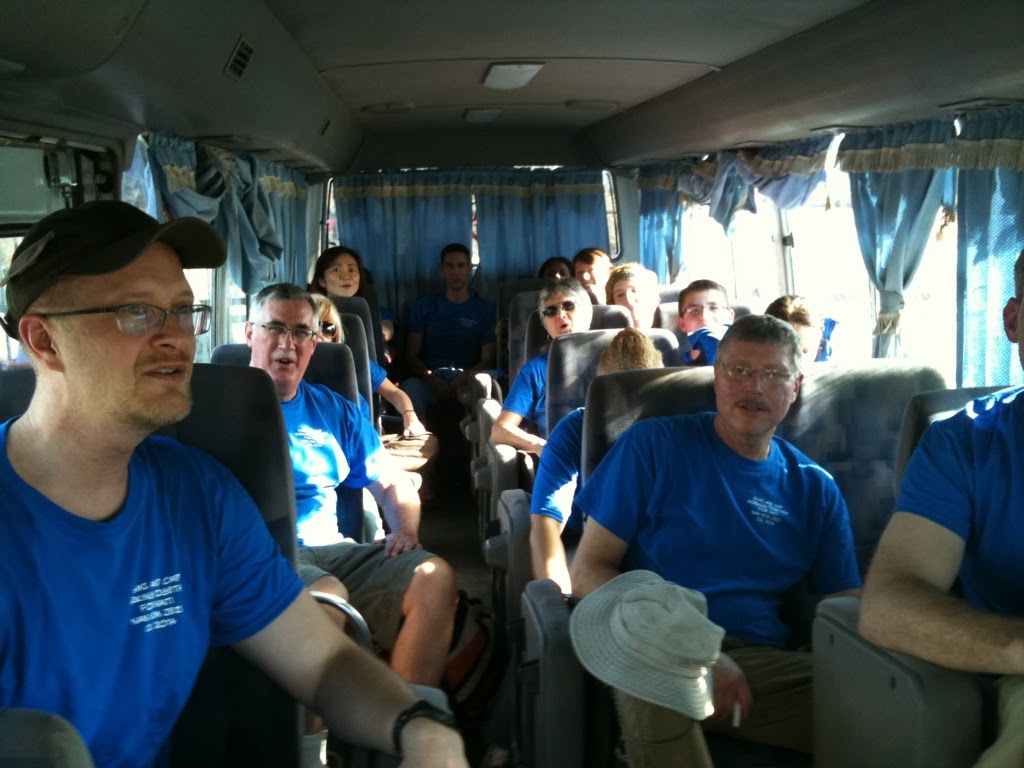 There have been some improvements around the guest house, most notably a very large generator that should mean consistent electricity. That two of the window unit air conditioners are happily using that electricity but seem to be out of freon is just one of those "Haiti things" that our teams have come to expect. Fortunately, it is not too hot now that the sun has gone down. It is a safe place and very comfortable compared to much of the living situations in Haiti.

Tomorrow is a day of worship, rest, and preparation. One of our team members will preach at services at the local churches: Bon Berger (Good Shepherd), one in Savanne, and in Cambry, all before 11:00 in the morning. Our team will likely attend the first service at 7:00, then go back to the guest house for breakfast and perhaps catch the last service at 10:00. There's an evening service at 6:00 that they will attend as well. 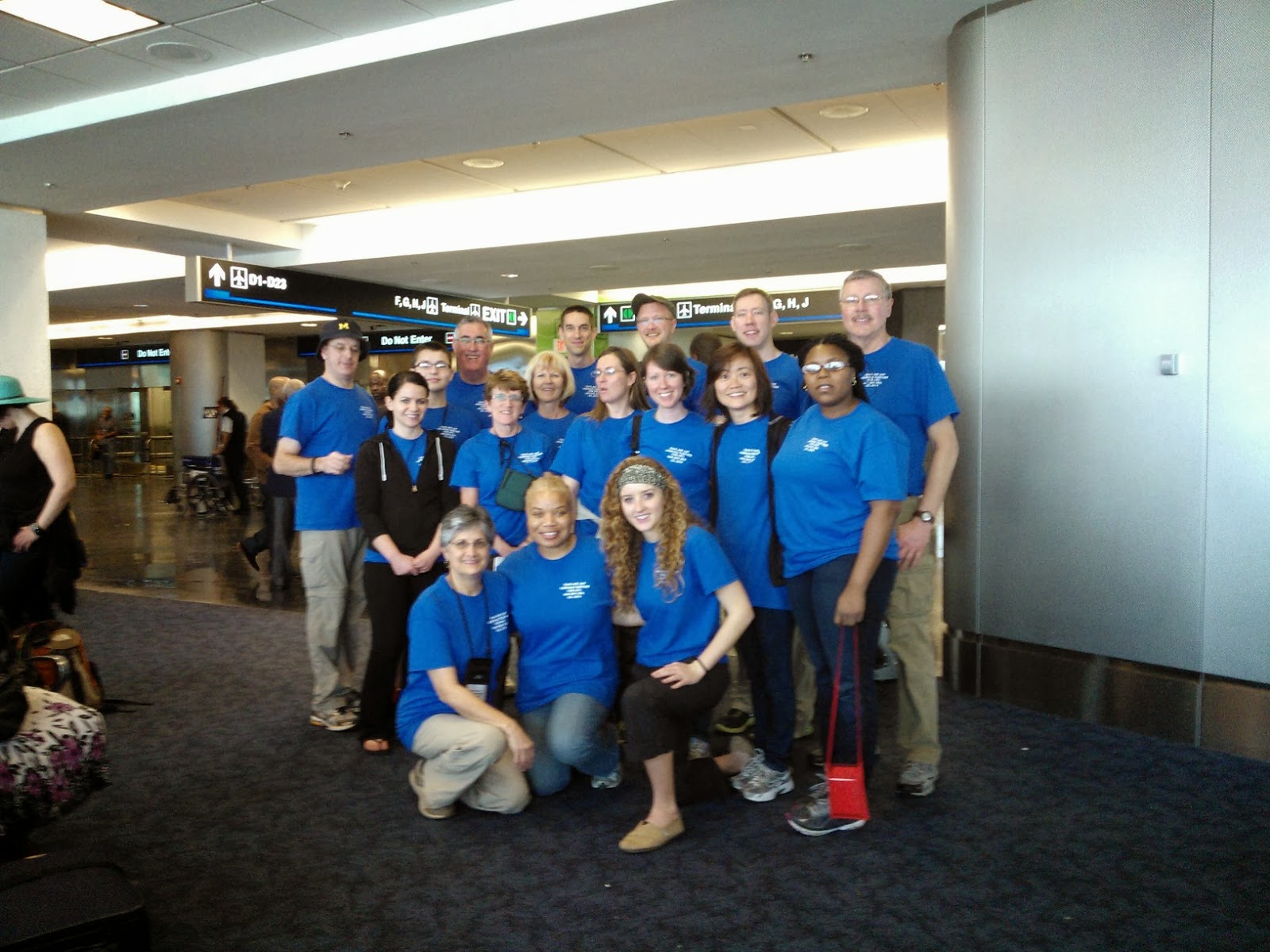 In the afternoon, they will tackle the massive job of re-organizing the contents of 34 duffel bags (1700 pounds of supplies) for use during the week. Some may sneak down to the orphanage at the bottom of the hill to catch some play time with the residents. All will try to rest up a bit after this long day of travel and prepare for a very busy week.

Monday the team will be at Cavillion, and at Savanne (a "suburb" of Les Cayes) on Tuesday. Here's a map of Haiti that might help you orient yourself, although not all of their destinations are large enough to be on a map! Les Cayes is on the southern shore of the long arm of Haiti.

Two pictures of the team attached; one before boarding the plane in Miami, the second on the bus that took them from Port au Prince to Cambry.

They are in good spirits and looking forward to a week of ministry, and are grateful for the role you are playing in their week to come!

Posted by Chicago Metro Presbytery at 5:49 AM