"I don't always eat this well at home!"

The new cook at the guest house, Onin, has certainly turned things up a notch or two. She seems to have a knack for finding the good stuff around Cambry for our team to eat. The ice cream today was especially well timed as it was the second team birthday in as many days. Happy birthday to Dr. Ethan!

Lots of great pictures from today, in two chapters:

The teaching team stayed behind for another "split squad" day of teaching. The pastors who came had such a deep appreciation for our teachers and the training they received - so hungry for good teaching and grace drenched theology - that our guys were deeply touched and privileged to be with them. It is fair to say that the heartfelt thanks, hugs, and tears of appreciation recharged their tanks and they felt they got more than they gave. 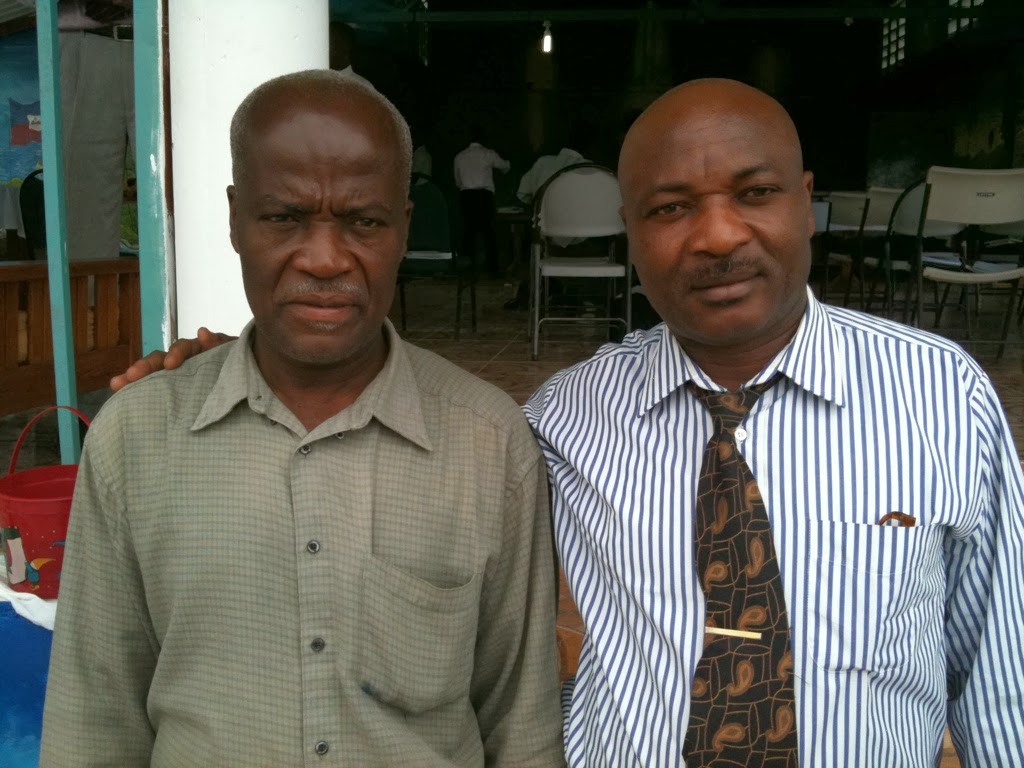 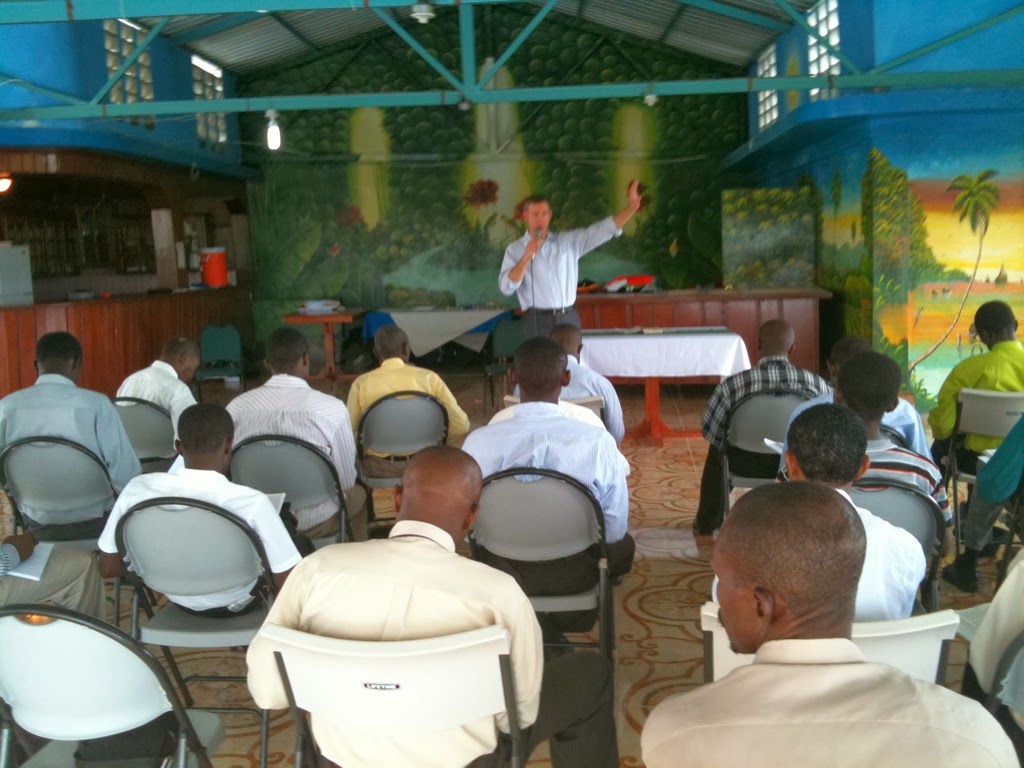 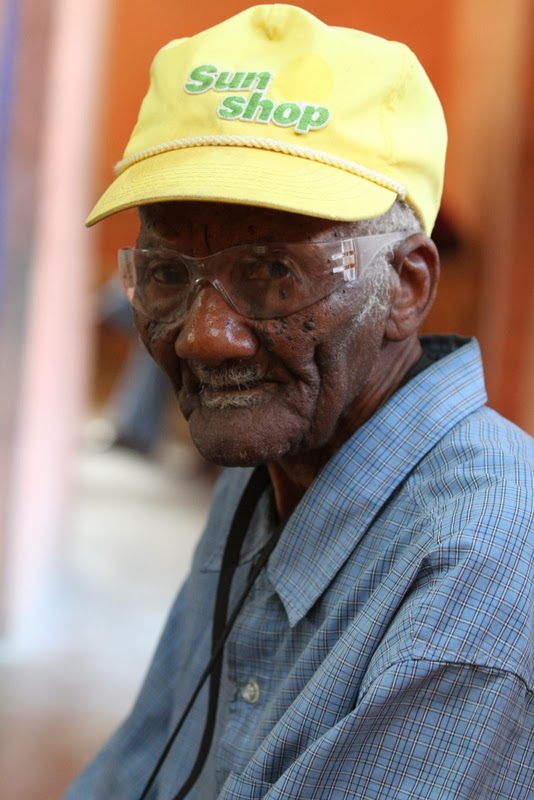 There was a special guest there today - the "president". President of a coalition of churches in Haiti, that is, but having him a part of things today made it an even bigger deal for the pastors attending.

And then there was the adventure filled day in Port Salut for our medical and children's team. Actually, the adventure was coming and going. The time in Port Salut was pretty much as expected. The team saw about 50 patients, young and old (the oldest was 94 - quite an unusual thing in Haiti!) Typical things like wound care, malaria testing, chicken pox, and scabies wash. A good day of ministry. The pictures of the kids will melt your heart! 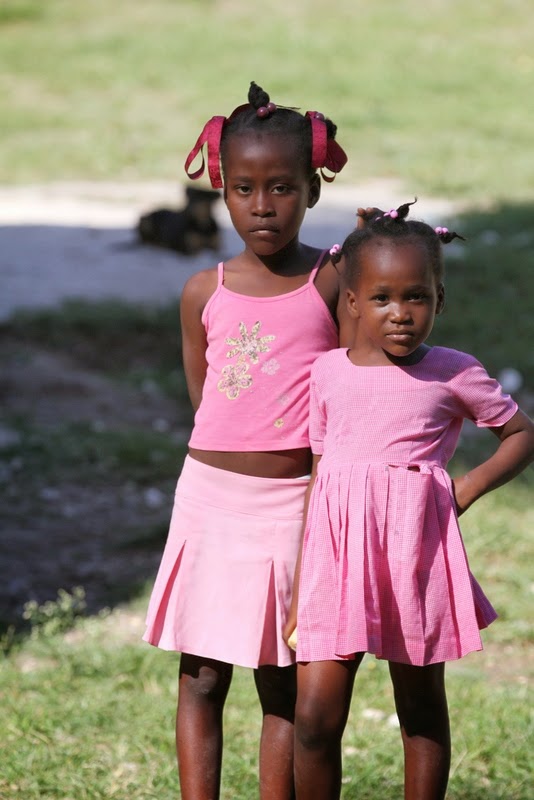 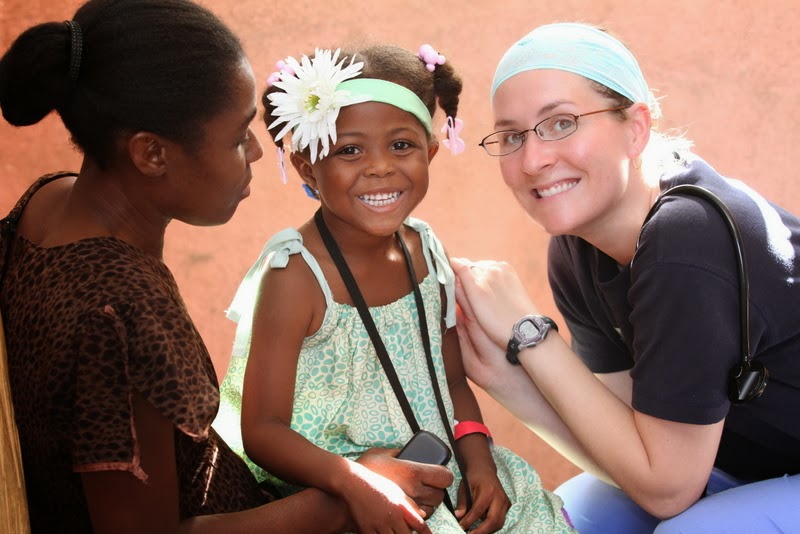 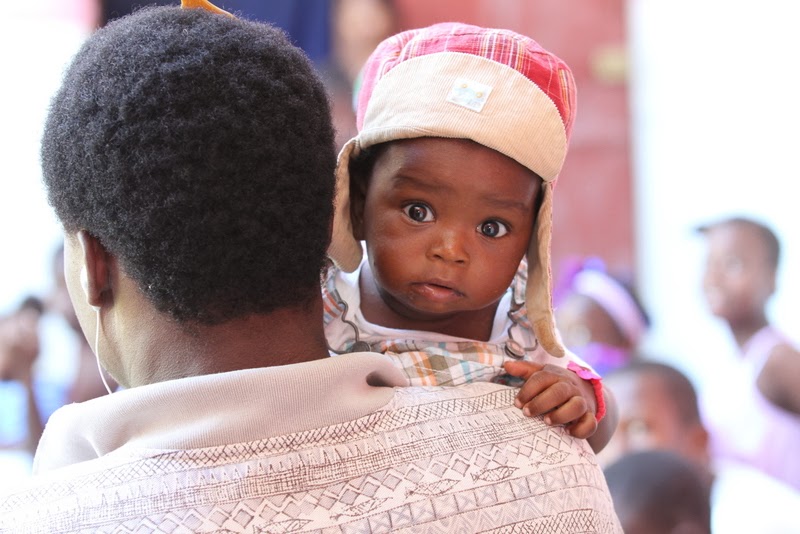 So, the adventure? Driving in Haiti can be hair raising, as traffic laws can seem to be more guidelines than anything else, and not exactly strictly enforced. You just hope everyone is paying attention, for the most part. On top of that, driving a big bus down small lanes and twisty roads and on mountainsides with no barriers at the edge can be, well, dangerous. Those of you who took seriously our request for prayers for travelling safety last night are to be commended for your faithfulness in doing so. Your prayers were answered.

The first three incidents were minor. A knocked over shoe stand (big bus/little road...it happens). No harm, an apology and they are back on their way. Then a small bump to the car ahead of the bus that knocked out a taillight. Another apology, a new tail light (that for some reason just happened to be available on the bus), a little help getting it installed and back on their way. Third incident, again involving their big bus, little road, and scraped paint. At least no other car this time. Those were all on the way TO Port Salut.

The way home was a bit more intense. A wind-y road on a hillside, a big bus. Around a curve was a scooter parked in the road, temporarily abandoned by its owner. The driver of the bus sees a BIG truck coming but both need to do some kind of swerve to miss the scooter and in an instant it's become an unintentional game of "chicken" in the same lane with a sharp drop making it impossible to do otherwise. Those on the bus are still not sure how there was no major collision. Just at the last second, the big truck is able clear the scooter in the road and swerve back into his lane without hitting the bus head on, but the back of his truck (did I say it was a BIG truck?) fishtails back into the bus' lane at about 40 mph. Fortunately it doesn't hit head on, but sideswipes the bus's big side view mirror and takes it with him.

Once everyone on the bus started breathing again, the driver and interpreters (and the truck driver) decided to have a well timed word with the scooter driver. All are safe and grateful for your prayers and Philemon's cool head and good reflexes.

And there was some beach time on the way back! Check out the pictures of the beautiful beach and mountains in the background.

Tomorrow the team is together again, going to a new location. Manishe is the site of two new church plants and they are welcoming the team as a community service sponsored by the churches as a means of outreach to the community. The team is excited to once again "open" a new location, as our team did a few years ago in Savanne. Maniche is not as hardscrabble as Savanne and they have been told to expect a warm welcome including music and street preaching. It's about 30 minutes away (yes, by bus!) from the Guest House. 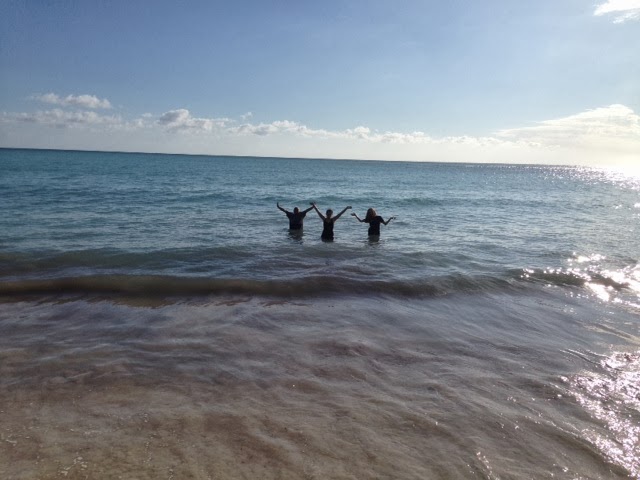 This will be their last day of ministry in Haiti, as Saturday is devoted to travel. The team is a little weary from long days but not exhausted or emotionally spent. In fact, the team meeting went a bit long tonight not out of necessity but because of the sharing, stories, and laughter. Wonderful.


And now for the pictures. The file names will tell you the story.
Posted by Chicago Metro Presbytery at 6:53 AM