So much to be thankful for today!

The team scattered to their different tasks at Cavaillon today after an uneventful ride from Cambry. They each got a great start on what they came to do and still had time for fun and games with the kids. Some soccer balls and games of duck duck goose, music time, and ring around the rosie liven things up in any language!

It helped the medical team that the kids stayed in school for the first few hours of their visit, so they could focus on the housemoms' (and two new housedads') care and get well organized. And then...kids! Sixty four of them were seen by our docs after first going through some basic steps of scabies washing and getting some stats like height and weight. In general, they found the kids there doing well as far as progress in growth, but a rather large number of girls in particular had significant issues with scabies and resulting sores, impetigo and skin infections. Scabies is a very contagious skin parasite that causes crazy itching and is unfortunately hard to eradicate in group living situations in tropical environments. There are medicines to take for it in addition to the special washes done at every visit. Fresh clothes and clean linens all at the same time are key, and that was accomplished today as well.

Some kids had rather typical issues that in the US wouldn't cause problems because care would be immediate, but these had gone without the kind of attention we take for granted; things like wound care, an ingrown nail, or fungal infections. Nothing major or unusual today, which in an of itself is good news. All the kids are treated every time for intestinal parasites and given a supply of vitamins, in addition to the scabies treatments. Also good news: ESMI has engaged another doctor to work in their system, and he'll be dedicated primarily to Cavaillon. His name is Dr. Don.

And the water system installation had a hugely productive first day of work, getting further along than probably any of the team had even hoped possible. They've prepared and worked hard to be ready for this task and it showed today! The preparatory work done by the Haitians proved to be just right, and six Haitians began their training in the set up and use of the system today, through interpreters. Those six men and all the housemoms also got training on hygiene and water usage (using clean and safe containers for water transport, etc.) by our team. Still a lot to do, but a wonderful start on this hugely important project.

Everyone remains healthy and even the weather seems to be cooperating - a covering of clouds today kept the temperature comfortable for everyone. The electricity is on at the guest house tonight, and last night the air conditioning started at 10:00 pm as expected and stayed on all night. All of those things allow our team to recoup their strength with good sleep and be ready for another day at full strength.

Some pictures from today are attached:

And for prayer:
Your prayers are so very much appreciated by the team. They are grateful! 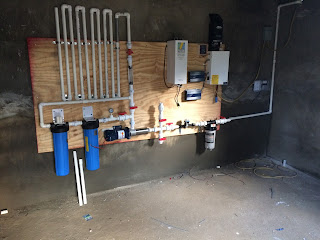 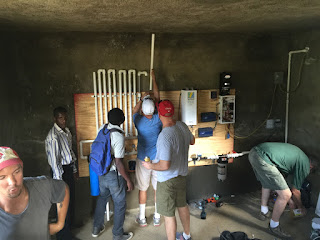 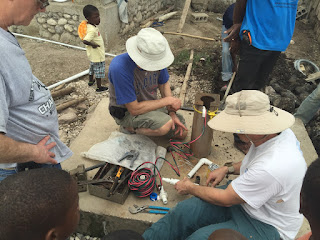 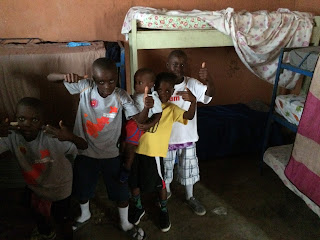 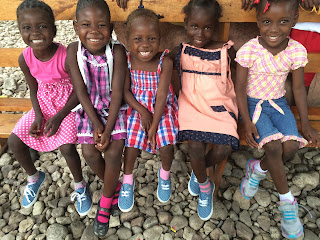 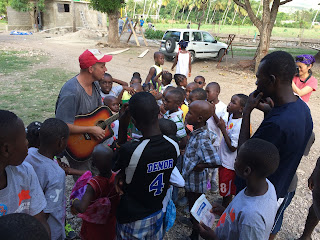 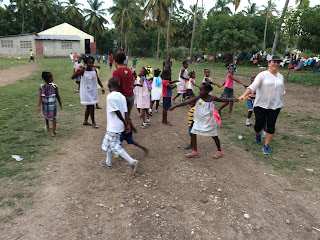 Posted by Chicago Metro Presbytery at 7:41 AM